THE EARLY YEARS
The forming of the Association 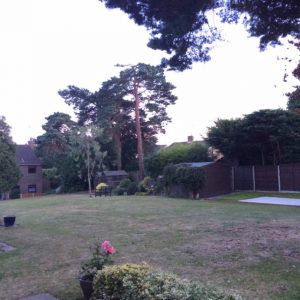 In 1970 members of the Billericay Council of Churches decided they wished to serve the community by providing accommodation and care for elderly Billericay residents.  The elderly people they wished to help were those who were on their own and who could no longer maintain their own dwellings and gardens.

A fund raising appeal letter was sent to 1200 residents of Billericay and contact made with local organisations who had previously committed themselves to helping the Association. The first problem was where to find a suitable site for such a project.  Various sites were being explored and the Jacksons Lane/Norsey Road site was first mentioned in February, 1971.

At that time Norsey Manor stood on Norsey Road on the land between Norsey Meadows and the top of Jackson’s Lane and Manor Cottage which faced down the lane belonging to the Manor.  Opposite was a row of wooden cottages fronting Norsey Road.  By coincidence one of our future Residents, Miss Mary Needham, was visiting a sick lady in Manor Cottage and was told by her that the wooden cottages were going to be pulled down and the land sold for development.  Miss Needham realised this would be an excellent site for our elderly persons accommodation.

One of the occupants of the old cottages was pensioner George Brown.  George was anxious about leaving his home which had to be demolished to make way for the new flats.  He had lived in the cottage all his life and his family before him.  When the new flats were finished, George was moved into a ground floor flat.  He told one of the Committee some months later that he had never been so happy in his new home. 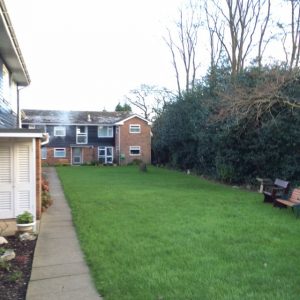 The first 12 flats in Norsey Court were completed in July 1973 The weekly rent the Residents had to find in those early days was £9.00 including £1.30 service charge.

The Association was keen to expand the existing development to provide additional accommodation for the elderly.  Early in 1974 land at 36/40 Norsey Road became available and the Association put in an offer for this land.

The protracted negotiations for the land, problems with Anglian Water, who were placing restrictions on further development in Billericay, lack of agreement with the Housing Corporation on the type of housing to be provided delayed the next phase of the building.  Agreement to proceed was not achieved until mid 1981.  Funding was provided by a grant plus a loan from the Housing Corporation.

The responsibilities of the Committee were going to increase considerably.  Instead of managing 12 bedsit flats with 12 Residents, they were now going to administer 40 flats with 19 of these let to couples, making a total of 58 persons on site.

Frieda recalls that first hectic day when the Residents were moving into the new flats.  The whole site was alive with removal vans, sons and daughters helping to install their parents into their new accommodation.  There was an air of apprehension amongst some of the residents, as they were not quite sure how they were going to settle down in the new flats after spending many years in their own homes.  They were also wondering whether this Warden character was going to interfere with their independence. They found in fact that they had complete independence with a very caring person available during the day. 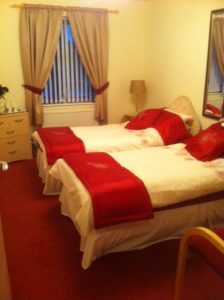 The guest room, provided as part of the new development, was a great boon to relatives visiting from afar.  It was equipped with twin beds, had its own bathroom, fridge, television and tea making facilities.  All this for a very modest nightly charge

In 1988 the Committee decided that the existing bedsit flats in Norsey Court could be difficult to let in future years.  Based on advice from Mr. Lovell the architect, the Association decided that these should be up-graded to provide a separate bedroom and a larger kitchen.  If this were done the flats would then conform to present day standards of accommodation for single resident occupation.

All the past and present members of the Committee have given their time voluntarily, and the Association has been very fortunate to have had members on the Committee with a wide range of skills who have all contributed to the caring and efficient running of a very successful Housing Association.

The Association still recognises its sponsorship by Churches Together in Billericay (formerly the Billericay Christian Council/Billericay Council of Churches) and maintains its links through a representative of CTB on the Committee of Management.